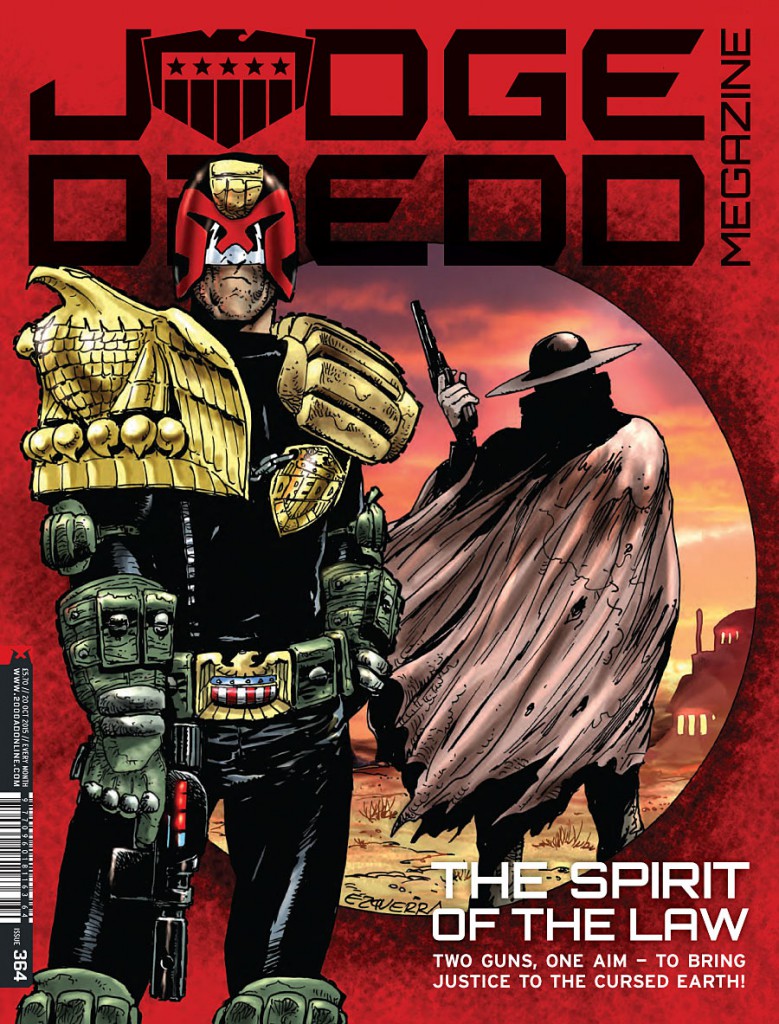 Get Megazine 364 at all good newsagents and comic shops today, or else pick it up via the 2000 AD website now

If you’re on Twitter then you should be following Storm Warning artist Tom Foster (@JumbleCashback) who has been posting his inks for the series as each new Meg comes out. Stuff like this:

Inks from tomorrow’s Megazine. The residents of The Pits seem to be upset about something. I’m sure it’ll blow over. pic.twitter.com/2Texzh262I

This month’s instalment is a bit of a change of pace with a little Aliens and [REC] thrown into the mix. And when will people learn that Judge Storm doesn’t do touching?