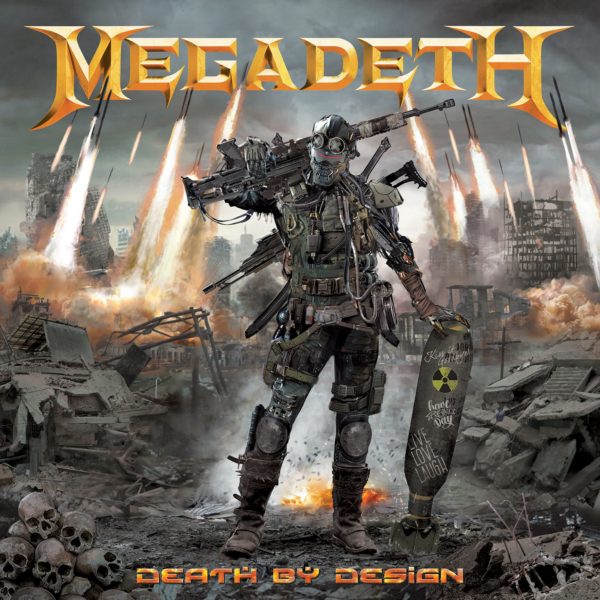 Sometimes you’re just sitting at your desk, or looking at your phone, and an email pops in. Casually, you read it. Then, less causally, you re-read it. Then you stand up from your seat and try to re-read it again, but you find that you’re actually already running round the room shouting instead. Sometimes that email comes from Heavy Metal Magazine and says “would you be interested in contributing to a Megadeth anthology?”. Yes. The answer is yes. Obviously. We would. And, reader, we have.

To accompany the upcoming release of their 35th anniversary ultimate greatest hits record Warheads On Foreheads,  Megadeth and Heavy Metal Magazine are putting out a 350-page comics anthology featuring brand new stories inspired by the songs on that album.

Leah and I are thrilled to be working with Ben Templesmith (who we collaborated with a long, long time ago for a Doctor Who one-shot called The Whispering Gallery) on our story, inspired by one of my own personal favourite Megadeth songs, Black Friday. Here’s an unlettered preview page from the story.

From the Bleeding Cool preview piece:

Says Dave Mustaine: “I have always fantasized about Megadeth doing something this gloriously electrifying and gruesome. I hope everyone will enjoy the graphic novel as much as I enjoyed working with Heavy Metal to put it together for you.”

Jeff Krelitz, CEO of Heavy Metal tells us “Since I was old enough to buy records, Megadeth has been one of my favorite bands, not only for the great storytelling in the music, but the world building imagery on the album covers. This opportunity to meld the two world together and tell stories inspired by their songs is a privilege that we are excited to present to the fans.”

The anthology will be in comic shops on June the 5th.