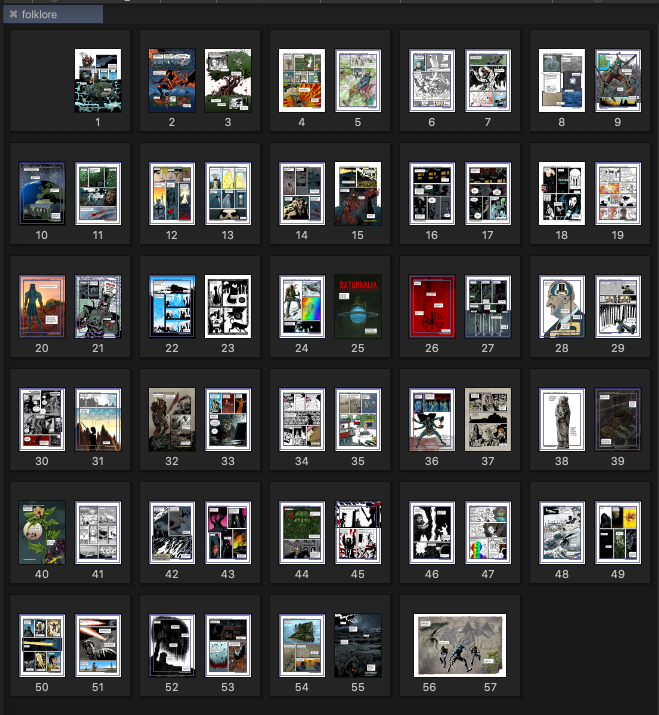 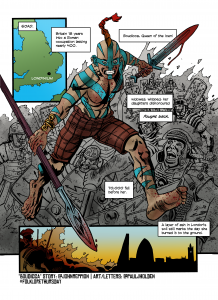 When PJ and I first embarked on this little adventure of ours, way back in 2019 (when everything was so very different), we didn’t really have a solid plan. The whole thing just evolved in a very natural way (which is a nice way of saying we’ve just been winging it, and making it all up as we go along) but we’re both really, really pleased with how everything has come out.

Credit where credit is due: I owe PJ a massive thanks for all his hard work. Every single week I’ve been amazed and impressed with what he’s come up with based on my daft little Tweets. I couldn’t have done any of this without him. Obviously. It wouldn’t be possible in any way shape or form. So thank you, PJ!

Long, long ago – back in the time before quarantine and Covid-19, when children went to school and freelancer parents who worked from home had those child-free hours to work in – PJ and I made a plan for what we’d do after the 52(ish) Folklore Thursday comics were done. The idea was to move seamlessly from our “Season One” into a new year-long project. Things being the way they are however, we’ve decided we need a bit more time between Season One and Season Two, just t 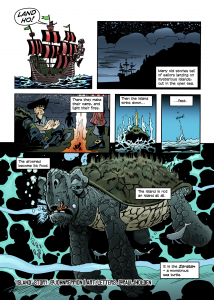 o make sure we’ve got everything sorted.

So, what’s going to happen when the Folklore Thursday comics end? Well, we’re not going to stop (although we will be having a week off). We’re just going to start up something a little bit different to bridge the gap between our first and second Seasons.

It will still be me writing, still be PJ drawing (what he wants, not me scripting it), but it’s going to be a lot more fiction based. Tonally, I don’t think it’s going to be a massive shift, and I’m confident that if you’ve enjoyed what we’ve been doing thus far, then you’re going to enjoy this too.

Thank you so much to everyone who has supported our efforts this last year via www.patreon.com/holdenreppion (where you can now read all the Folklore Thursday comics and mini-essays for FREE), and to everyone who continues to do so as we embark upon our next (mini) adventure, starting next month.

Folklore thursday all wrapped up. Three pages pencilled, inked and coloured today for it. When I created the clip studio file for this, I gave myself about 53 pages, page 1 was filled and the rest were entirely blank. One year later… pic.twitter.com/CBa7LBUm1S