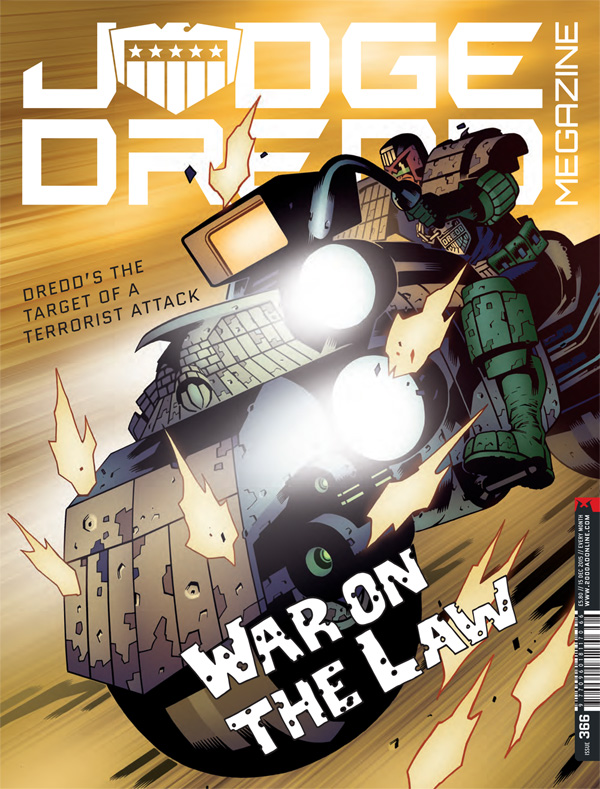 Get Megazine 366 at all good newsagents and comic shops today, or else pick it up via the 2000 AD website now

So, as the first Storm Warning story comes to an end we should definitely start by doing something we’ve failed to do so far (apologies) and link out to our wonderful colourist Kirsty Swan.

The weekend just gone was, as I’m sure many of you know, the UK’s finest comics convention Thought Bubble in Leeds which we had the pleasure of attending. Tom Foster himself was there and though I didn’t get to chat with him in person, I did get a look at his original inked pages for the series which were genuinely stunning. Check out his Twitter for some lovely black and white stuff.

We really enjoyed working with Tom, creating Judge Storm and playing around with Brit Cit. The series is going to be collected into a volume along with John Smith and Colin MacNeil’s Strange & Darke which will be out next April.

Hopefully we’ll get a chance to write some more Storm Warning in the future, but right now we’re working with an old friend on something for the weekly 2000 AD. More news as and when.