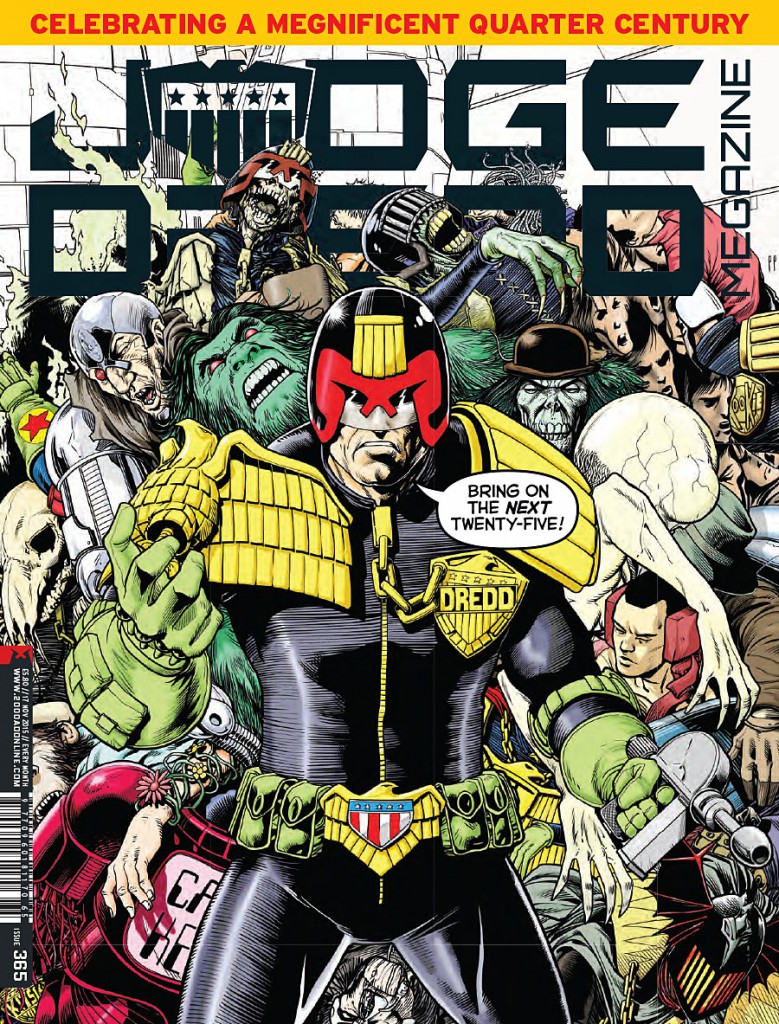 Get Megazine 365 at all good newsagents and comic shops today, or else pick it up via the 2000 AD website now

There’s a little bit of process stuff (which contains some minor spoilers if you’re not up to speed) for you beyond the cut below: the script for Page One, Tom’s inks for the first panel of this instalment (more on his Twitter), and the completed first page with colours by Kirsty Swan and letters by Simon Bowland. Enjoy.

This is a five panel page with two at the top, one big splash across the middle and two on the bottom.

This is a small close shot of Kneale lying on the ground at the bottom of the tower block. He is bruised and cut but alive. His eyes are just opening and there is a faint balloon from off right as he comes to consciousness.

Balloon (off right): …you can’t let go, you have to concentrate!

This is a reversal, where we are looking past Kneale’s shadowy figure on the ground in the foreground to where the ghosts of four young children who died in the ritual back in issue #1 are crouched around the prone figure of Lillian Storm. We cannot see her face, so we do not know if she is dead or alive. It’s a deliberately unclear shot as its from Kneale POV so it’s weird and mysterious. The children are clearly incredibly worried and anxious, looking at each other and Storm with panicked faces. Two of them have a balloon each.

Child One: Lilly, wake up! Please wake up! Listen to us!

Child Two: You can’t go! You know what lives there. In the world beyond.

This is a wide shot where we have spun round and we can see Lillian laying on the ground, on her back, and the children kneeling all around her, still looking down on Storm with desperation. On the right in the background we can see Kneale dragging himself to a seated position. Three of the children have a balloon each and Kneale has one.

Child One: If you let go, you’ll drag us all there with you!

Child Two: Please, Lilly! You saved us once, please don’t let go of us now!

Kneale: Wh-who are you?

This is a small shot from his POV as the children spin round to look at him/us. They are really creepy and intense staring at us, all at once, and silently. They have no dialogue.

This is a wider shot as the four of them really quickly crawl toward him/us like something from The Ring. They all have a hysterical panicking face, as they beg him to help Storm.

Original inks from Storm Warning Pt 5, out in the #JudgeDredd Megazine on Wednesday. #Inktober pic.twitter.com/CgzVjXRWTo 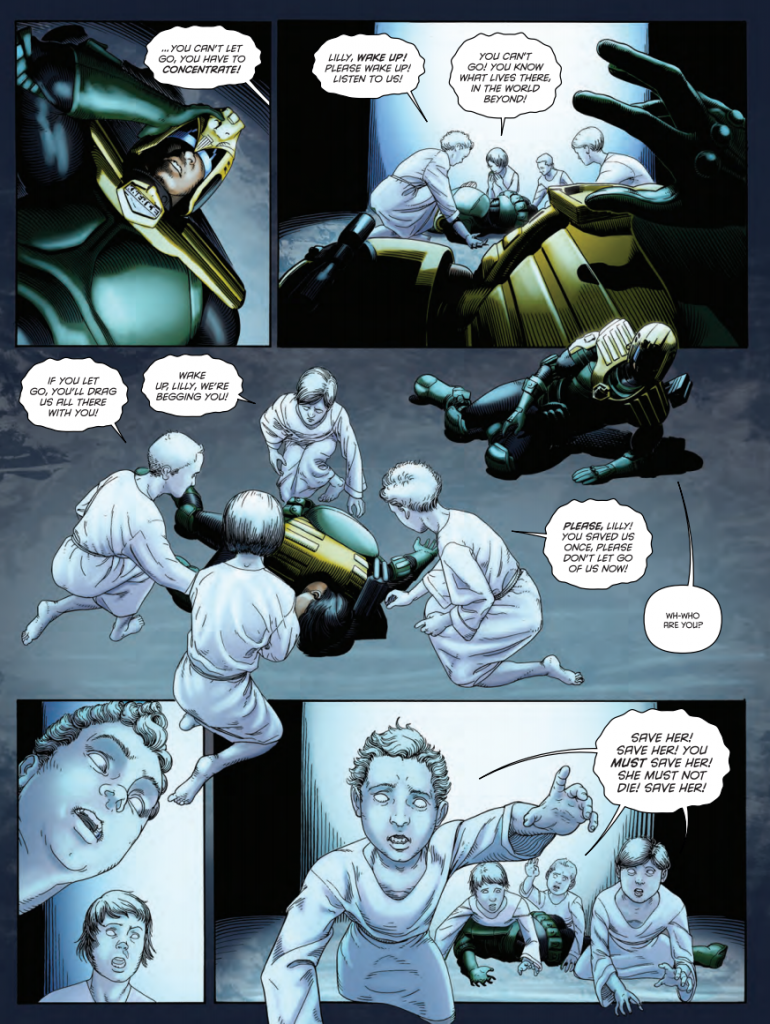