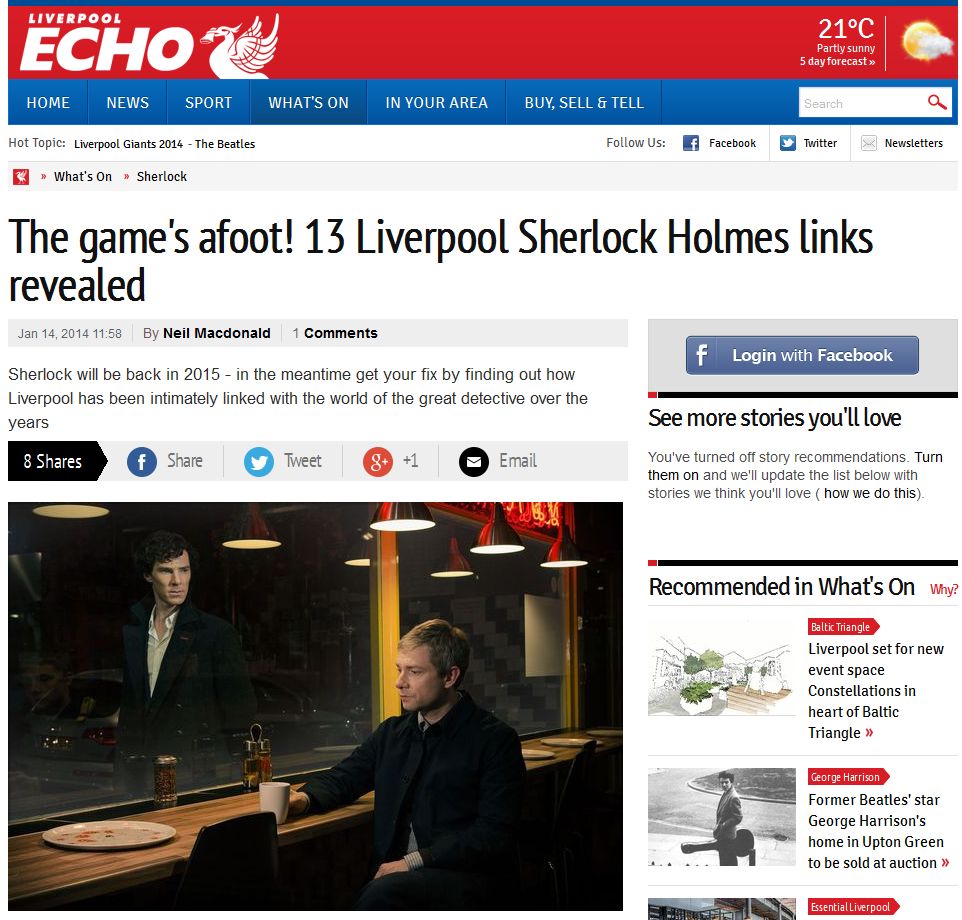 One of those links was our series for Dynamite ‘Sherlock Holmes – The Liverpool Demon’, which has been out for a while and which we are still immensely proud of, but actually it turns out I’ve been remiss and not kept you all up to date.

You won’t have to rely on your trusty old back catalogue of Moore&Reppion Holmes based goods for much longer. 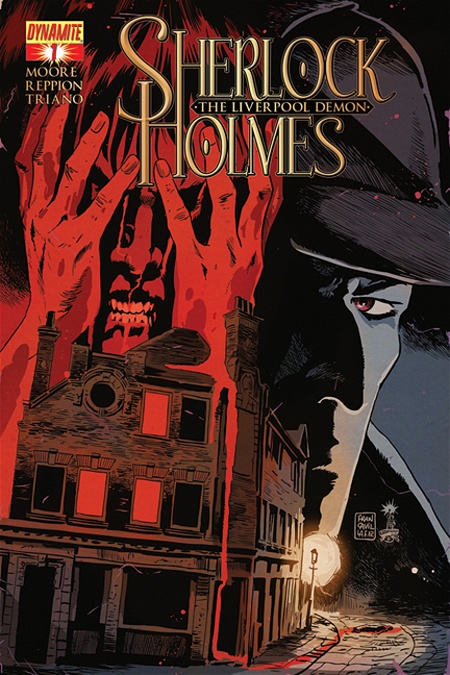 Les Klinger kindly invited us to be in his second Holmes Anthology ‘In The Company of Sherlock Holmes’ which we gladly accepted. We were lucky enough to get Chris Doherty to pencil it for us, and Adam Cadwell to ink and letter it. We’ve seen it and it looks stunning, but you will have to either wait until it hits the shops or pre-order it at unethical but convenient old Amazon. We are the only comic in the anthology, so we’ll be easy to find. Amongst the prose stories there are gems by the likes of Harlan Ellison, Cory Doctorow and Val McDermid.

Lastly, I am very excited to see that the latest Frogwares Sherlock Holmes game which we contributed a few cases to is almost ready to come out. Sherlock Holmes Crimes and Punishment will be out in September. Check out the trailer:

So yeah, we’re basically trailing about after the Great Detective in an unsettling way. Enjoy.