here are a handful of books (and booklets) lying around the house at the moment – some have been knocking about for a little while, others newly arrived – which we really should have blogged about by now. I keep spotting them and making a mental note to write just a line or two about each of them, but then work and life conspire to make me forget once again.  So, finally, this is what you get: a slack, hasty post with them all lumped in together under a vague heading just so I can tick “write about all that stuff” of my mental to-do list. It’s better than nothing but less than they (and you) deserve,  so sorry about that. 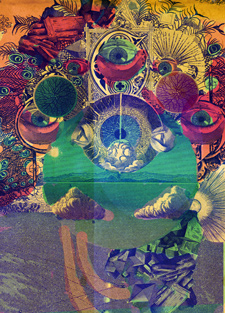 STRANGE ATTRACTOR JOURNAL FOUR is, as you’d expect, yet another marvelous collection of freaky fortean, occult and esoteric loveliness.

You can buy SAJ4 direct from the source or from Amazon 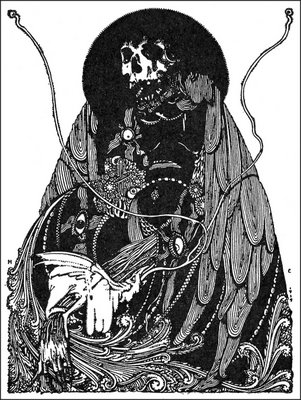 POE’S TALES OF MYSTERY AND IMAGINATION WITH ILLUSTRATIONS BY HARRY CLARKE – I was given the Arcturus Publishing edition (which I can’t seem to Google up a cover image for) as a belated Birthday/Xmas present and it’s a really gorgeous book. It’s 12 inches by 10 inches which means that the Clarke images are massive!

The works of Edgar Allan Poe, in the rarefied company of Thoreau, Hawthorne, Twain, and Melville, represent the full flowering of American literature in the nineteenth century. By itself, this edition would be an outstanding collection of 29 tales of mystery, suspense, and the macabre; but what sets this volume apart are the magnificent illustrations of Harry Clarke. Many artists have attempted to illustrate Poe, though it is no easy feat to match graphically the powerful effect of Poe’s words on the reader.

You can get the Arcturus Publishing ed. of TOMAI from Abe Books or Amazon 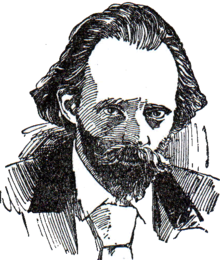 TO MY DEAR FRIEND HOMMY-BEG – THE GREAT FRIENDSHIP OF BRAM STOKER AND HALL CAINE – is the latest booklet in the wonderful Swan River Press Bram Stoker Series.

“Hall Caine was an incredible literary phenomenon, becoming the richest and most popular novelist of the late Victorian and Edwardian era, greatly outselling all of his rivals from Henry James to Joseph Conrad. By the end of the twentieth century all of his novels were out-of-print, and ironically his major claim to fame now comes from being the dedicatee of Dracula, albeit under the disguised family nickname of “Hommy-Beg”. It is a bizarre twist of fate that Bram Stoker is now so much more famous worldwide than Hall Caine — an unbelievable reversal of their roles one hundred years ago.”

This booklet explores the intimate, lifelong friendship between Stoker and Caine in their own words. Accompanying an introduction by Stoker scholar Richard Dalby are rare and un-reprinted pieces including letters, extracts from Caine’s autobiographical My Story (1908) and Stoker’s Personal Reminiscences of Henry Irving (1906), Stoker’s introductions to The Works of Hall Caine (1905) and hitherto unknown essay “The Ethics of Hall Caine” (1909), Caine’s touching obituary to Stoker (1912), and a reproduction of Stoker’s inscription to Caine in the latter’s copy of Dracula — printed here for the first time.

The Bram Stoker Series is available by subscription only. For €25.00 (including P&P), subscribers will receive  titles shortly after their publication dates. Subscribe on the Swan River Press site.