I usually post these quarterly updates at the equinoxes and the solstices but the way things are at the moment the end of the summer must have zipped past me when I was busy sorting washing, or doing the dishes, or something. The 29th of September is Michaelmas – one of the old “quarter days” – so there’s a second chance for me to mark the turning of the seasons in some kind of timely fashion. 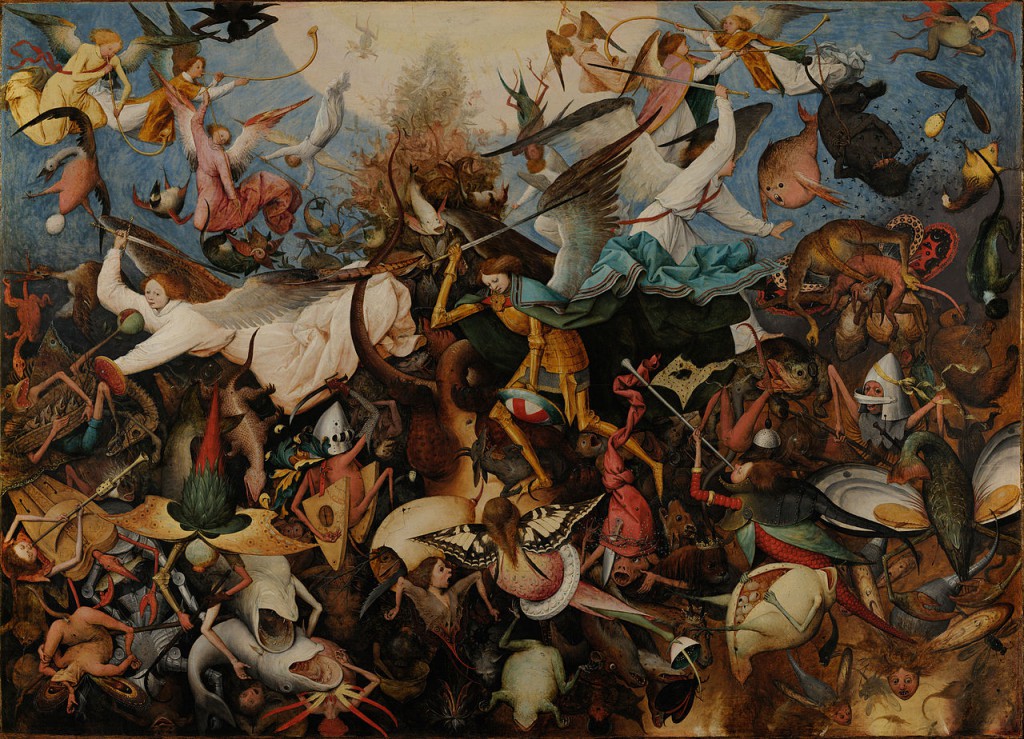 The Archangel Michael was the leader of the warriors who fought against Lucifer and the rebels in the War in Heaven – one of the exciting bits of the Bible which has fired the imagination of the likes of Dore, Bruegel (above), Milton, and many others in the two-thousand(ish) years the Book of Revelation has been around. I’m no Christian myself incidentally, but I still find it all very fascinating and inspiring.

There’s an old English tradition that blackberries must not be eaten after Michaelmas because, after he was cast out of heaven, Lucifer landed on Earth, got caught in a bramble and touched/spat on/pissed on (depending where you live) the fruits. That’s not actually this Michaelmas though; it’s Old Michaelmas which falls on October the 11th in today’s calendar. It made me wonder though, could Michaelmas be the reason that Americans refer to the season as the Fall? Probably not. It’s too neat, isn’t it?

So anyway, leaves and conkers are dropping off trees and the central heating has started coming on in the morning – the world has turned and left me here in the front room, typing away still. Actually, it doesn’t feel like I’ve been doing very much typing recently to be honest; things are such at the moment that other work  has to be squeezed in here and there in short bursts between Leah working on Electricomics full time and all the day-to-day stuff.

She’s doing an amazing job on Electricomics, but it’s a huge project and feels little bit Sisyphean at times, I think. If you haven’t read it already, here’s her latest post on the site about how the project is progressing. She’s in London today at yet another meeting about Milestones, Strategies, and all that kind of actual business stuff.  We’ve co-written a story called Sway for the project, which I’m sure I’ve mentioned here already. Nicola Scott is drawing it, and what we can show you of it looks a bit like this at this stage: 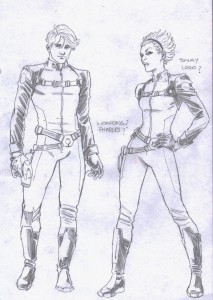 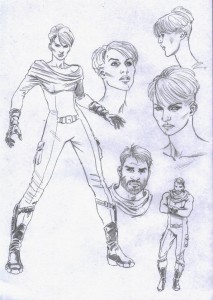 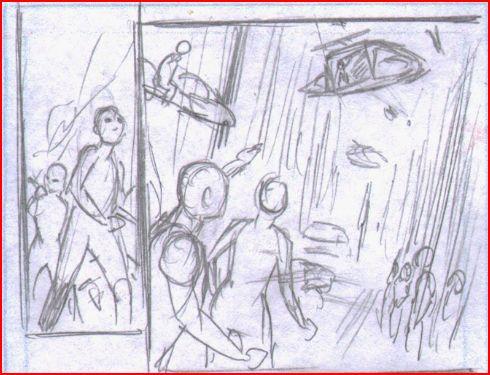 Our first 2000 AD series  Black Shuck finished a couple of weeks back and we’ve got a Megazine series called Storm Warning coming sometime next year. That’s going to be drawn by Tom Foster who won the 2013 2000AD Portfolio Competition at Thought Bubble. We’ve written three episodes of the six so far and it’s all going nicely, I think. It’s going to be very, very different to Black Shuck. 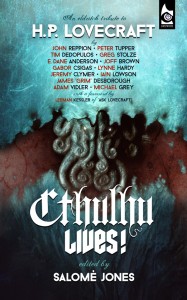 Ghostwoods Books’ Cthulhu Lives! is well and truly out there now, available in paperback and just about every e-format you can imagine. There’s plenty in there to please hardened Lovecraftophiles and Weird Fiction dabblers alike,  including a story of my own which I used to refer to as a psychogeographical metafiction – because if you’re going to make yourself the main character in a story you may as well go the whole hog and start using that kind of jargon, I reckon.

Ghostwoods Books currently have a Kickstarter running to help fund their next run of books. One of the stretch-goals is a book called Haunted Futures which, like the real future, does actually exist as yet. If and when it does become a reality, Haunted Futures will be a multi-genre anthology with stories by Warren Ellis, Liesel Schwarz, Chuck Wendig, Richard Kadrey, Stephen Blackmoore, and more (including me!) which will hopefully be illustrated by John Coulthart.

Strangely enough my story that ended up in Cthuhlu Lives! was originally published as part of the Swan River Press Haunted Histories series. Haunted History from the past, Haunted Future coming later. Hopefully.

In the Company of Sherlock Holmes, the follow-up to the award winning A Study in Sherlock, is coming in November. Alongside the likes of Michael Connelly, Jeffery Deaver, Michael Dirda, and Harlan Ellison, there’s a little comic by Leah and I with art by Chris Doherty and Adam Cadwell. It looks like this:

There’s a Goodreads give-away for the book running up until the 20th of October.

And, you’re a Holmes fan then Frogwares’ Sherlock Holmes: Crimes and Punishments is out tomorrow. We came up with some of the settings and scenarios for the game. The one in the bathhouse, and the one in the botanical gardens; those are ours. There might be others in there too.

What else? I’m still writing occasional  bits and bobs for Sleeping Shaman and Daily Grail when I get the chance.

Into the realms of vaguery, project-wise then:

Remember that Self Made Hero book we’ve been hinting at since May 2012? Well, here I am hinting at it again. Still can’t tell you anything other than we wrote it and it’s coming. One day.

Remember also that we’ve been hinting that we’re trying to get something going with Sally Jane Thompson for a while now? That’s still happening and looking like there may be some movement in an exciting direction.

[EDIT: adding these couple of things in because I forgot about them:]

Leah is 30,000 words into her novel which she’s been struggling to find time to work on for a good while.

I’ve got some short story things I need to crack on with, a couple by invitation and others just because I want to.

Leah and I will be doing a comics workshop as part of Black History Month here in Liverpool at the International Slavery Museum this October.

We’ll also be attending Thought Bubble in November plugging Electricomics and flogging whatever bits of our own stuff we can lay our hand on, as usual.

We’d love to see you there.

It’s now nearly 10 pm. Leah is back from London and has collapsed in front of the telly in the back room. I’m going to open a bottle of beer and join her.

It was a good summer, wasn’t it? Here’s to a good autumn! Cheers.