To celebrate the release of Ghost Stories of an Antiquary Vol 1 on the 27th of October, we’ll be giving away a bundle of M. R. James related goodies to one lucky winner every Friday this month. 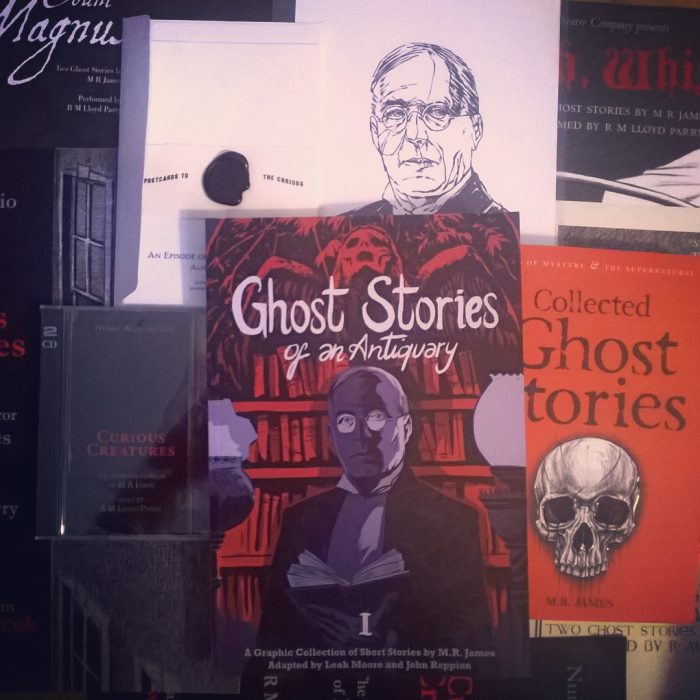 To be in with a chance of winning, you need to have a Twitter account, be following both @leahmoore and @johnreppion, and keep an eye out for the #MRJGiveaway hashtag.

Entries for the week 1 giveaway will close at 00:00 BST on Fri the 7th of October.

We are incredibly grateful to Alisdair Wood and Robert Lloyd Parry for donating such amazing, exclusive prizes.

If you are a fan of M. R. James then the chances are you already know who Alisdair and Robert are but, even if you do, both have some very exciting stuff coming up, so read on. 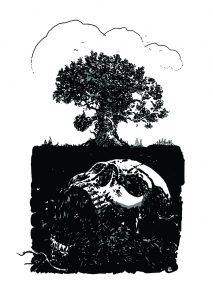 Alisdair Wood’s M. R. James themed artwork has graced the covers of Ghosts & Scholars multiple times, and accompanied many episodes of A Podcast to the Curious. His inky, eerie style, coupled with his evident affinity with James’ work, made Alisdair an obvious first choice as an artist when it came to adapting Ghost Stories of and Antiquary. The Ash-tree is the tale he ended up drawing for us; the Castringham Sickness, it’s cause, and aftermath, all brought to the page in ghastly detail with his pen and brush. 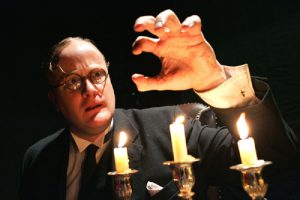 Robert Lloyd Parry is an absolutely astoundingly good actor and performer, whose one man show of H. G. Wells’ The Time Machine has to be seen to be believed. And, luckily enough, currently still touring with a few dates remaining in October. Honestly, go and see it!

Since 2005 Robert, under the banner of Nunkie Theatre, has been telling tales “All kinds of tales. Wherever anyone is prepared to listen.Ghost stories on boats. Detective stories in pubs. True confessions in an art gallery”. Robert’s takes on many of M. R. James’ ghost stories are, I’m sure he wouldn’t mind me saying, perhaps what he’s best known for. Part dramatic reading, part physical performance, Robert becomes James the narrator, transporting us into the world, the very room, where these tales were first told by the flickering flame of a candle.

If you don’t have the good fortune to see him perform these tales live (as I did recently at the Dublin Ghost Story Festival) then his DVDs and CDs are the next best thing.

And, I’m very pleased to be able to announce that Nunkie have a surprise planned for all of us this Halloween. Something to bring us all together on that special night. Flickering candles optional (but recommended). More news on that as an when but in the meantime keep an eye on #WhoIsThisWhoIsComing …