Thought Bubble, the best damn comic convention in the UK (no offence to any other cons intended), is almost upon us once again. Can it really be that a year has passed since last we comics folk descended upon the fair city of Leeds to wander its ginnels, drink all its beer, and eat all its pizza? Apparently so.

As usual the line-up for the comic con itself is ludicrously good with a list of exhibitors and guests a mile long.  Everyone will be there, including us, but where exactly will we be? 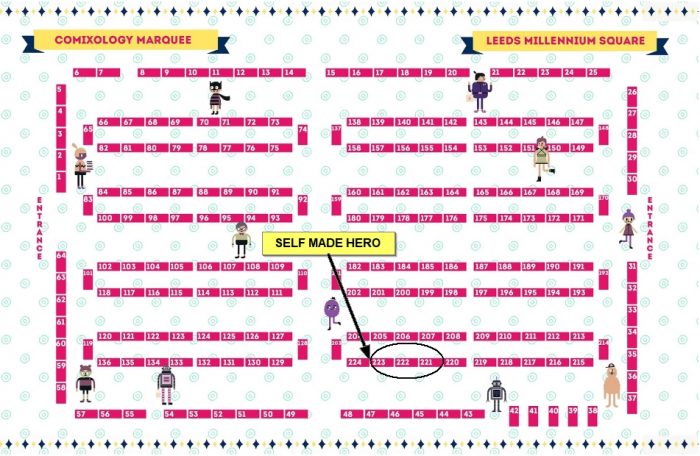 We will be singing on the 2000AD table (5-6 Leeds Town Hall Marquee) between 1pm and 2pm, then back to the Self Made Hero table from 2:30pm onwards.

On SUNDAY 24th we’ll be taking part in the SelfMadeHero: A Decade of Comics panel (Carriageworks Studio Theatre – Fifth Floor) between 10:30am and 11:20am, we will then be signing on the Self Made Hero table between 11:30am and 12:45pm.

We will be singing on the 2000AD table between 1pm and 2pm, then back to the Self Made Hero table from 2:30pm onwards.

It also gives us great pleasure to reveal that copies of Ghost Stories of an Antiquary Vol 2 will be on sale at the convention, weeks before they arrive in any shops. More on that very soon though.