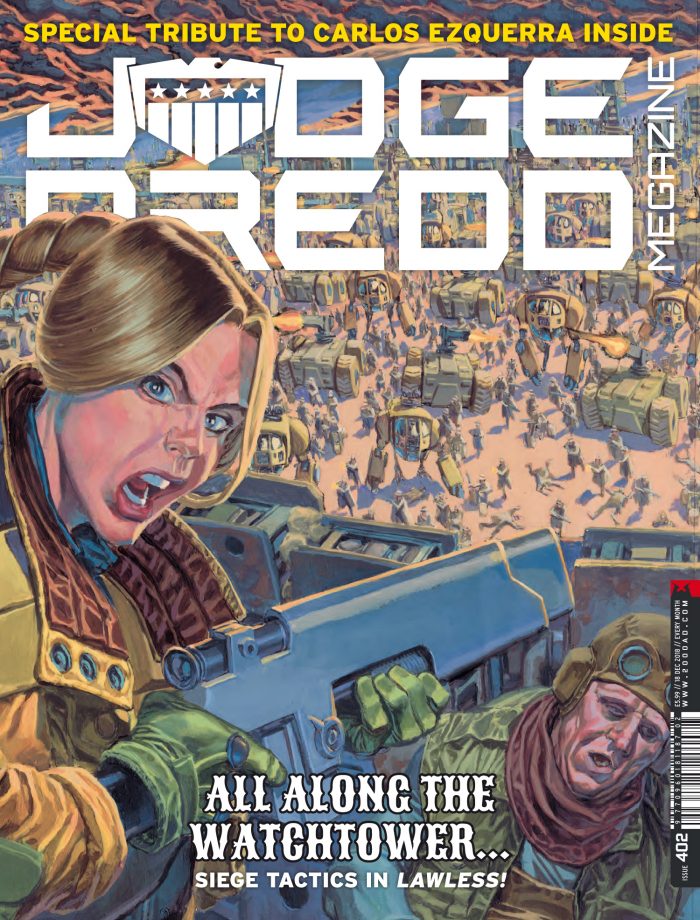 The new Judge Dredd Megazine pays tribute to the late, great Carlos Ezquerra with a special reprint edition featuring just some of his key works.

Ezquerra, who co-created Judge Dredd and Strontium Dog, died unexpectedly on 1st October after a battle with lung cancer. As part of Rebellion’s plans to honour Ezquerra and his legacy, Megazine #402 includes an extended obituary and comes bagged with a special reprint edition featuring seven stories spanning his 41-year career with 2000 AD. 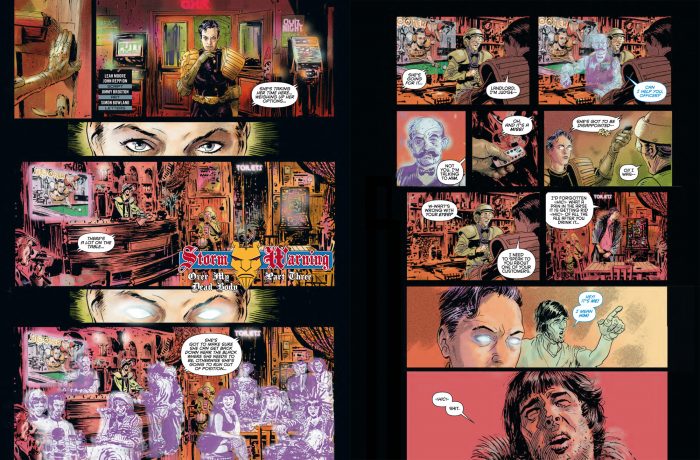 STORM WARNING // OVER MY DEAD BODY
by Leah Moore, John Reppion (w) Jimmy Broxton (a) Simon Bowland (l)
Brit-Cit, 2140 AD. Much like its Mega-City counterpart, Brit-Cit Justice Department has its various departments, from Tek to plainclothes, Tactical to Psi-Division, and one of its more prickly operatives in the latter is Lillian Storm, a psychically powerful Judge with the ability to talk to the dead, and is often accompanied by her ghostly helpers. Now, she’s helping a young man whose body has been stolen…

You can order the issue directly, or download it digitally, from 2000 AD now.