Following on from a little one page Twitter comic made out of a Tweet of mine a few weeks back, P. J. Holden and I decided we’d try doing a weekly one-pager for #FolkloreThursday.

So last week and this week, I’ve written a 280 character Tweet, and then PJ has turned that into a comic.

Many old stories tell of sailors landing on mysterious islands, out in the open sea. There they make their camp, and light their fires. Then the island sinks down fast. The drowned become its food. The island is not an island at all. It is the Zaratan – a monstrous sea turtle. 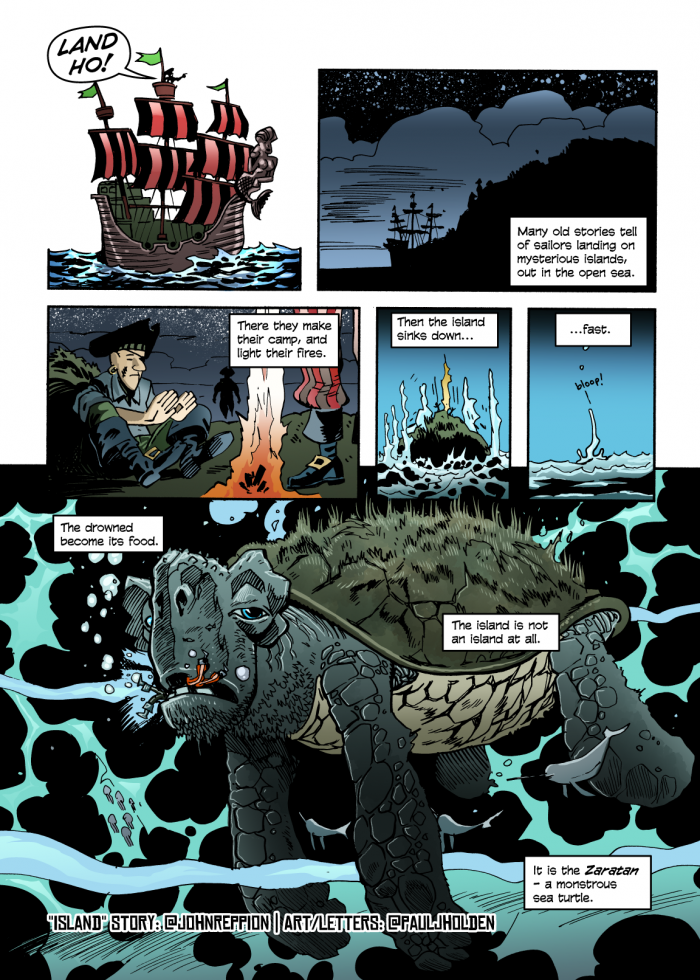 PJ blogged about creating the comic at www.pauljholden.com/2019/07/18/island/

Brambles grow wild across the UK. Their thorny vines bring forth sweet Summer fruit. The berries must never be picked after October 11th. This is when Lucifer fell from Heaven, landing in a blackberry bush. In revenge he spoiled the fruit by urinating upon them #FolkloreThursday 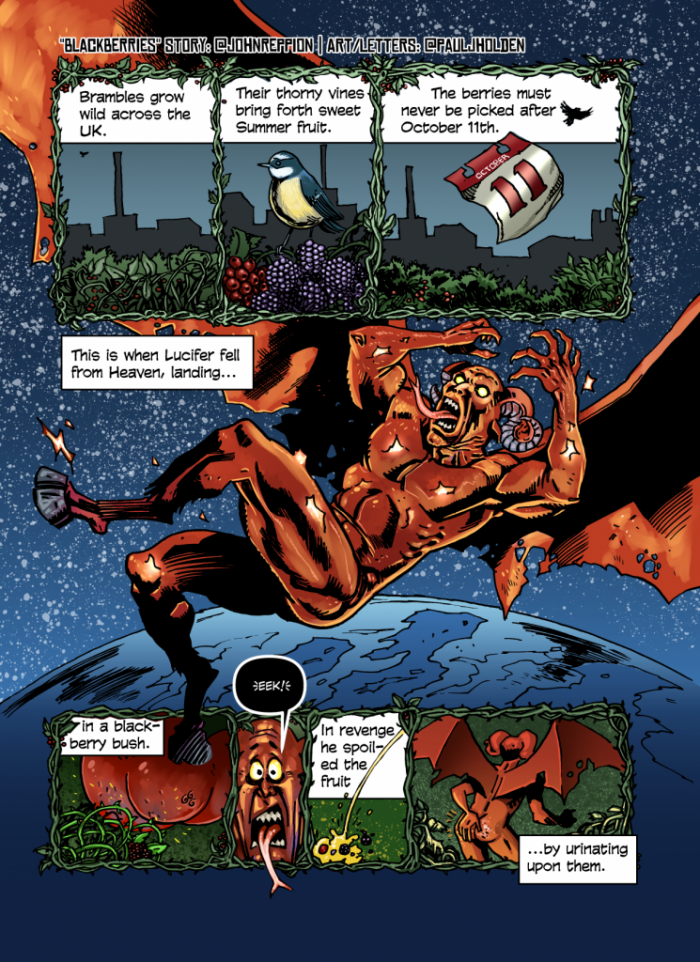 PJ blogged about creating the comic at www.pauljholden.com/2019/07/25/folklore-thursday-blackberries/
—
The plan is to keep going with these as long as people are interested in them so, if you like what you see, please like and share.