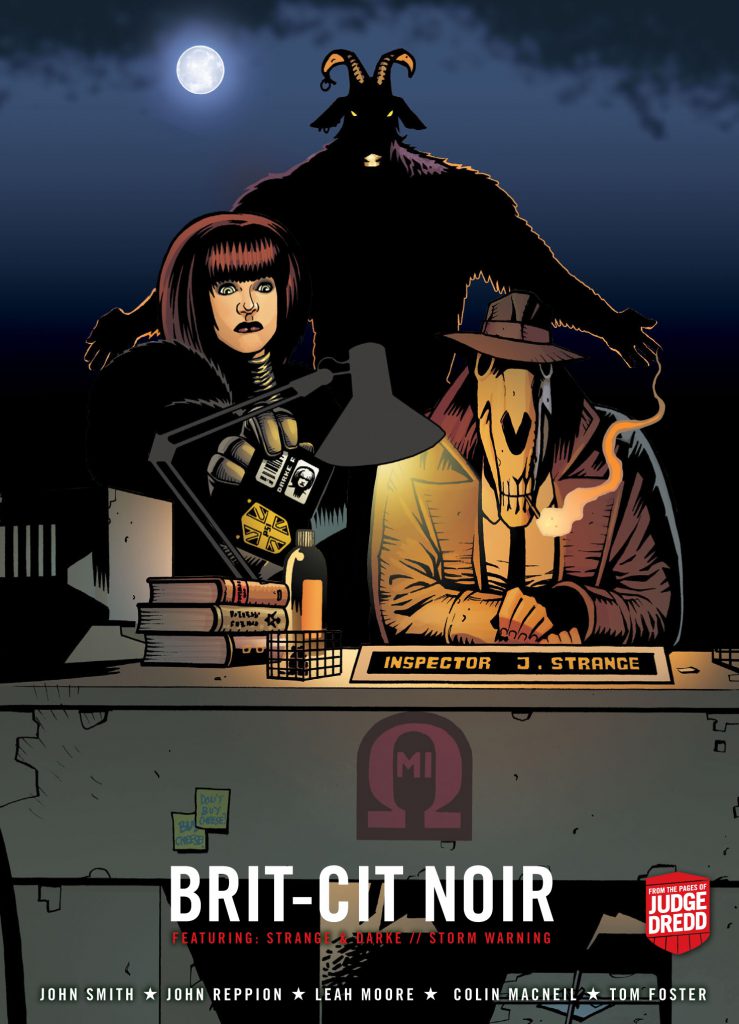 THE BRITISH EQUIVALENT OF MEGA-CITY ONE, BRIT-CIT IS A SPRAWLING METROPOLIS THAT COVERS ALL OF SOUTHERN ENGLAND, and governs several territories, including Cal-Hab and the South Welsh Peninsula. Brit-Cit suffers from many of the same problems as other Mega-Cities, but is also a focal point for an abundance of weird, occult occurrences.

Detective Inspector Jericho Strange heads up the Endangered Species Squad – a unit within the Brit-Cit Justice Department charged with investigating these arcane cases. Partnered with Psi-Judge Bekky Darke, Strange’s exposure to a supernatural artefact called the ‘Black Mirror’ has left him with a face you will never forget…

Lillian Storm is a psychically powerful Judge in the Brit-Cit Justice Department’s Psi-Division. Unfortunately, her abilities are just as much a curse as they are a talent. Can she keep her power in check whilst trying to retrieve a deadly relic and stop an ancient hex which plagues the land?

THIS VOLUME INCLUDES THE STORIES: