This short Forum piece was originally published in Fortean Times #297, released in January 2013 (dated February 2013 on the cover). 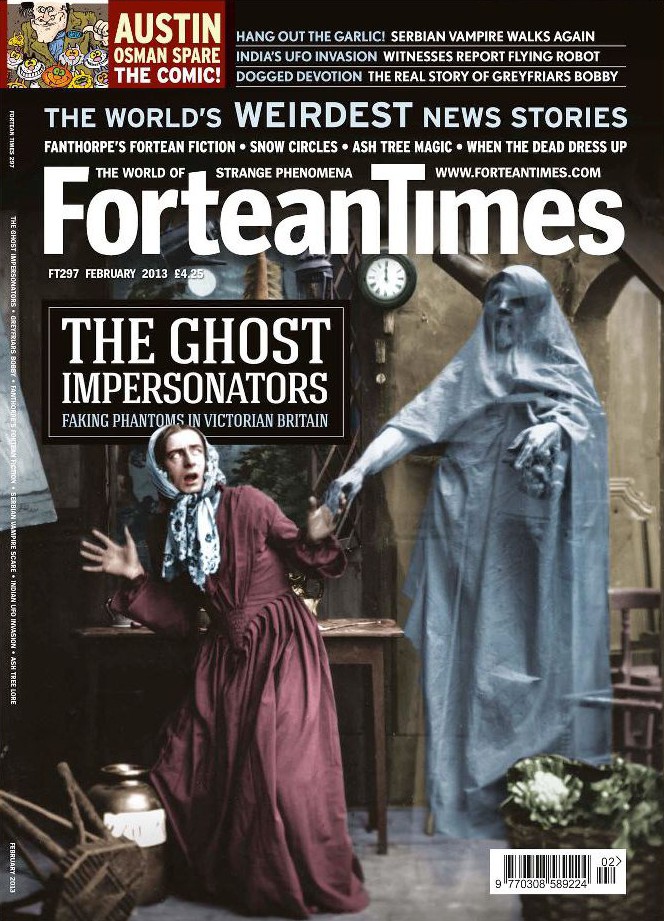 The common ash is the third most widespread tree species in Britain, making up 5.5% of UK woodland with an estimated further twelve million ashes in non woodland areas. 1 2 Although the ash may not have the same iconic status as Ye Olde Oak, it is nevertheless a tree whose roots are firmly embedded in the history and folklore of the UK.

Ashes were once believed to be a magnet for lightning strikes – probably because of their tendency to split as they grow older, taking on the appearance of having been struck.“Avoid an ash, It counts the flash”, runs one old rhyme 3 Electrocution hazard aside, the ash’s status as Lightning Tree was generally considered to make it powerful and magical tree.

Snakes were thought to have an antipathy with ashes, the flowers of the tree being hung outside homes to keep them at bay. If the repellent effects were unsuccessful a poultice of ash leaves was thought to be an effective treatment for adder bites. 4 A spoonful of ash sap was once commonly given to newborn babies in parts of Scotland and England as a protection against ill health and witch-craft. 5 6 Warts could be transferred from a person to an ash by sticking pins first into the wart and then into the tree where they would remain. 7 The passing of a naked infant or child through the deliberately split trunk of a sapling was once regarded as a cure for rickets (in Cheshire), hernias (in Cornwall), broken bones, weak limbs, and other ailments throughout Britain. Once the afflicted party had been passed through, the trunk was bound so that the tree could heal itself and it was believed that the child would heal at the same rate. 8 9 10 In some cases the ritual was thought to lead to a lifelong bond between the healed party and the healing tree as detailed in Frazer’s The Golden Bough:

Thomas Chillingworth, […] now about thirty-four, was, when an infant of a year old, passed through a similar tree, now perfectly sound, which he preserves with so much care that he will not suffer a single branch to be touched, for it is believed the life of the patient depends on the life of the tree, and the moment that is cut down, be the patient ever so distant, the rupture returns, and a mortification ensues, and terminates in death. 11

A Shrew Ash “made by boring a hole in ash tree, inserting therein a shrew mouse, alive, and then plugging up the hole” was once commonly kept by farmers in Warwickshire as a guard against the evil powers of the shrew (!). The twigs and branches of the tree could be used to cure livestock of the pain and limb loss they might otherwise suffer were a shrew to run over their bodies. 12 For some farmers though the healing power of the ash was evidently considered adequate without the ritual entombment of a soricomorph as T. F. Thiselton-dyer’s 1889 volume The Folk-lore of Plants records that “ash rods are still used in many parts of England for the cure of diseased sheep, cows, and horses”. 13

Today some of Britain’s most ancient and impressive ashes include The Talley Abbey Ash in Carmarthenshire, Wales whose gnarled trunk has a girth of over 7 metres (23 feet) at its widest point 14, and The Tinnis Ash “a low-growing, wind-blasted ash tree, its tortured branches as stiff and grey as a witch’s hair” located 5 miles (8 km) west of Selkirk, Scotland. 15 16 Though less visually striking than their Welsh and Scottish cousins, it is believed that some of the coppiced ash at Bradfield Woods in Suffolk, England may have taken root as long ago as the eleventh century. 17

Following the first confirmed English case of the dreaded Chalara fraxinea fungus (AKA ash dieback) in February this year, ash imports into the UK have been banned and one hundred thousand saplings destroyed. As of the 24th of November there were 222 confirmed infections in Britain of which 121 were mature trees. 18 There has been a great deal of media speculation about the quantity of ashes which might be lost to the disease – the astonishing figure of 80 million being an “underestimate” according to Environment Secretary Owen Paterson 19. However, even though ash dieback has been known in Europe for twenty years there is still no direct evidence to suggest that the fungus causes death in mature trees of 40 years or more. Furthermore it may be that as many as 20% of ash trees have a natural immunity to the disease. 20 So despite the doomsayers there may be hope yet, not only for Ye Olde Ashes like those in Bradfield Woods, but also in the (self) healing properties of The Lightning Tree.