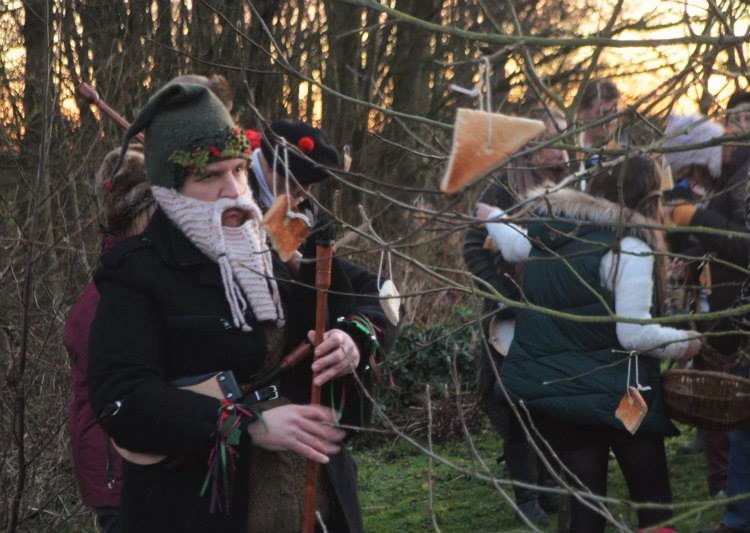 “Wæs þu hæl” is an Anglo Saxon toast meaning “be thou hale” (“be in good health“). The toast, if not the customs which the term has come to be associated with, is thought to date from the early eleventh or late tenth century, at least.

There are two kinds of Wassailing – the first of which has come to be closely associated with Christmas and carolling. Wassailers call at people’s homes then offer a song and a drink of warmed, spiced ale or cider from a Wassailing bowl (or cup) to the answerer in exchange for money or gifts.

The second originates in the South West of England (“the West Country”), where apple orchards were already providing cider for the thirsty population by the time our Roman invaders arrived.